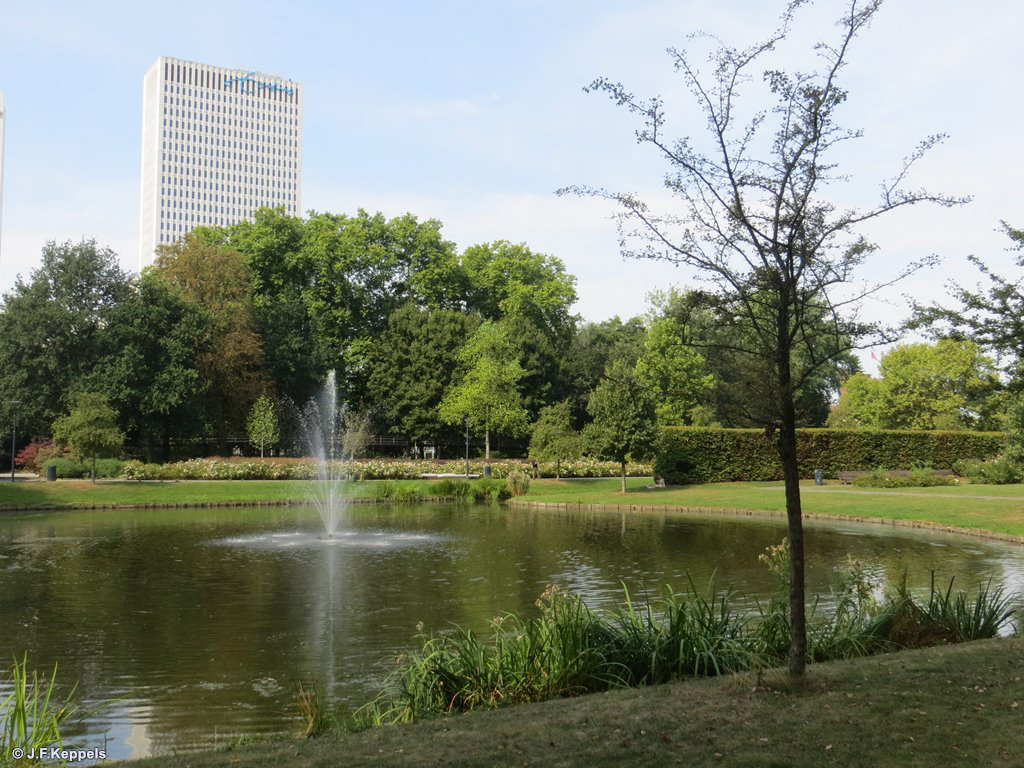 
The Museum Park in Rotterdam is 15 minutes walking from the city centre. In the park you find a monument for Gerrit Johannes de Jongh (1845-1917). Director of the Rotterdam Public Works Department who played a key role in the explosive growth of the port of Rotterdam at the end of the 19th and begin of the 20th century. By the park are museums like the Kunsthal, Natural History Museum, Chabot Museum, Het Nieuwe Instituut (former Netherlands Architecture Institute), Museum Boijmans van Beuningen and it's Depot. The popular Museum Boijmans van Beuningen is unfortunately closed till 2028 due to major renovation. Instead you can visit the new Museum Depot. The silver building really stands out in the park and every evening after sunset there is a light show. Close to the Museum Park you also find a bigger park named The Park with observation tower Euromast.

(See the walking route between The Park And Museum Park)


How to get there